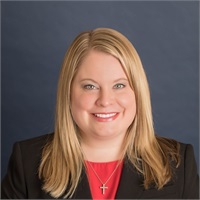 April Reed Crews is Co-CEO of Reed Financial Group. As an Investment Advisor Representative, she has a legal fiduciary responsibility to act in the best interests of her clients. She holds a Life, Accident and Sickness License and gained her status as an Investment Advisor Representative by passing the extensive Series 65 securities examination. April has insurance licenses in multiple states and serves clients throughout the country.

Reed Financial Group is a local, family owned company founded in 1979 by April's father, Gary W. Reed. April works closely with both her father, as well as her husband, Daniel Crews, and sister, Abby Reed, in the specialized areas of protecting and preserving the life savings of retirees. She focuses on strategies that allow her clients to profit in any market cycle, while reducing taxes and creating income strategies to ensure that her clients never run out of money. Reed Financial Group was featured in the September 2014 issue of Forbes Magazine as one of Georgia's Financial Leaders and has received the "Best of Gwinnett" award every year since 2015.

April is one of less than 300 advisors in the nation to hold the designation of Ed Slott Master Elite IRA Advisor. Additionally, April is one of only 550 advisors nationwide to achieve the National Social Security Advisor Certification. As an NSSA certified advisor, April assists her clients with making informed decisions regarding their Social Security by providing comprehensive Social Security analysis and guidance. She has also been named a Five Star Wealth Manager in Atlanta Magazine seven times.

In her spare time, April enjoys spending time with her husband and daughters, reading, volunteering as a wish granter for Make-A-Wish, and serving on 12Stone's church's hospitality team.